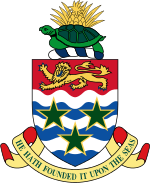 A bill pending in the Cayman Islands this month, regarding the expungement of criminal felony convictions, could have unintended consequences that will endanger the investing public, putting them at the mercy known financial criminals, posing as legitimate advisers.

The proposed law, known as the Criminal Records (Spent Convictions) Bill 2016, would expunge and seal criminal convictions, provided that the individuals are first-time nonviolent offenders, who have received, and completed, a short (less than five years) sentence. Its intention is to make the individuals eligible for employment, after their release.

A due diligence search, by the prospective employer, fails to find the conviction, as it was expunged; the Cayman media did not cover the case, so an Internet search is negative. The individual is hired, and shortly thereafter, he commits a more serious financial crime, and leaves Grand Cayman, with client funds. Neither the investors, nor the financial services firm which hired him, ever know of his criminal past.

The Law of Unintended Consequences states that one should always consider all possible negative outcomes, from what appears to be positive act. Perhaps the Legislative Assembly should reflect upon the distinct possibility that it will, unwittingly, enable financial crime, should it pass the Criminal Records Bill in its present form. It is humbly suggested that there be no expungement for financial crimes, lest convicted felons get two bites of the apple, to the damage and detriment of the investors who are the lifeblood of the Cayman Islands financial structure.
Posted by Kenneth Rijock at Saturday, October 08, 2016