DELAWARE TRIES TO PROTECT ITS LUCRATIVE "OFFSHORE" INDUSTRY THROUGH TRICKERY 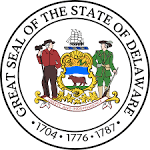 While compliance officers anxiously await the progress, and hopefully passage, of a bill in the US Congress that would require the states to maintain a registry of beneficial owners of all corporations, the State of Delaware is busy trying to block this legislation, through a cleverly designed, and deceptively similar competing bill, which would effectively block full disclosure of the beneficial owners.

Delaware, which reportedly is the only state that has the a lobbyist, for its Secretary of State, in Congress, has introduced a similar bill, but one which:

(1) Only requires a "responsible party" to be disclosed, meaning that a front man, or even attorney, could stand between the true owner and the truth. The term "owner," which appears on the genuine bill, does not appear in the bogus Delaware version. This is a transparent attempt to water down the legislation, and make it ineffective.

(2) Only requires that the IRS maintain the list, and since that agency is hopelessly overworked and understaffed, the delays could defeat the purpose of the law. In the real version, the states themselves would be liable to comply.

Delaware, whose lucrative corporate formation industry has long serviced organized crime syndicates, including extensive use by Russian organized crime, (remember the Russians in the Bank of New York scandal ?) brings in millions of dollars annually, and the state does not want that cash machine to stop. We hope and trust that Congress does not give in to this clever ploy to avoid full disclosure of beneficial ownership in 2016.
Posted by Kenneth Rijock at Tuesday, October 11, 2016