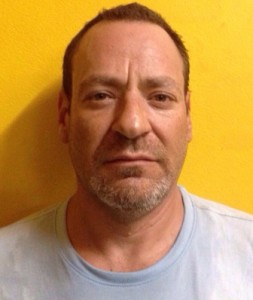 Recognize this gentlemen ? He is David Nanes Schnitzer, who is accused of running Allen Stanford's massive Ponzi scheme in Mexico, where he is a wanted man. Nanes, who was recently hit with a $13.9m judgment, in the SEC vs. Stanford International Bank civil case, was detained in Belize, several months ago. He had all the identification, under an alias, necessary to survive, including a Belizean passport, and a Bank of Belize debit card.

He is rumored to have lived quietly in a town in Belize for several years, and to have over $10m in assets in the country. The judge actually let him bond out, when there were extradition warrants existing against him. Of course he fled the country, and Mexican authorities were mystified that a
court in a neighboring country, friendly to Mexico, would release a major fugitive. 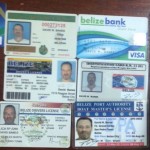 Here are the "bogus" documents he had in his possession, when he was arrested, but are they actually valid identity documents ? Yes, they are. Remember this, the next time you hear some bank in Belize complain bitterly about de-risking, and the closure of its correspondent accounts in the United States. the level of corruption necessary to obtain all these documents means that clients of banks in Belize cannot be trusted, and the US banks that terminated their correspondent relationships with banks in Belize took the appropriate risk-based action.
Posted by Kenneth Rijock at Wednesday, October 26, 2016