The Bank of Palestine, the Territories' largest local financial institution, has opened an agency in Dubai, United Arab Emirates. The new office, located in the Dubai International Financial Center (DIFC), is the bank's first foreign facility, and its stated purpose is to service the estimated 250,000 Palestinians who live and work in the UAE. The bank has also announced that plans are underway to open an additional agency in Santiago de Chile; Chile reportedly has more than 500,000 Palestinians.

Given that the bank has branches and an alternate headquarters in Gaza, the expansion raises a significant issue: will terrorist financing of Hamas, a designated terrorist organization, be facilitated ? while wire transfers leave a public paper trail, will internal bank transfers, which can often be artfully accomplished without any external record, could give Hamas a quiet new route through which to bring in profits it has earned through criminal activities overseas, especially from Latin America. 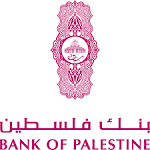 We recognize that the bank has long been thought of as the future central bank, in an eventual Palestinian state, but Hamas, and indeed any sanctioned Palestinian terrorist group, could exploit the bank, with the participation of only a small number of cooperating bank staff. Until we can verify that the new Dubai agency is not engaging in some activities that support Hamas, the prudent action is to engage in enhanced due diligence, in any matters involving the new Dubai facility.