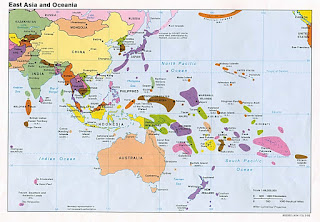 Details about the misdeeds of Mossack Fonseca in Pacific tax havens have further shown that the law firm deserves to be dismantled, and the partners all indicted, for money laundering, and other serious financial crimes. Apparently, the firm dealt with the Pacific island nations with a heavy hand.

Some of the improper acts:

(1) Coercing one Pacific island tax haven to delay entering into an information sharing agreement with Australia. The goal was most likely to allow MF to form dozens of anonymous companies in that jurisdiction, so that it would have a fistful of them available in the future.

(2) Obtaining a monopoly, in one tax haven, allowing it to be the only financial services provider, in the country. This was allegedly done to lower prices, due to a lack of competition among companies, but it resulted in a fiefdom, prime for abuse.

(3) Placing the daughter of a country's president in its local offices in that country, as an executive.

Is there any dirty stunt that Mossack and Fonseca will NOT do ? Unfortunately, Panamanian law enforcement, knowing very well how corporate formation is a large cash cow for the country,  will not kill the golden goose.
Posted by Kenneth Rijock at Sunday, May 22, 2016