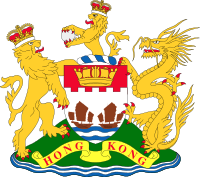 Recent Panama Papers disclosures included details of the formation, by Mossack and Fonseca, of British Virgin Islands companies, by a university situated in Hong Kong. The facts raise an interesting question: was the university using an offshore corporation to covertly move cash, of one of its largest benefactors (he donated $2m) , out of the Peoples' Republic ? Or was it illicit money of Chinese PEPs ?

Ordinarily, we would not find the BVI company formation suspicious, or unusual, as other Hong Kong schools of higher education have also obtained offshore companies in this fashion, but there are a number of red flags:

(1) The school failed to report the companies in its financial statements and reports, which is curious.
(2) the school went to the Hong Kong office of Mossack & Fonseca, rather than its usual suppliers of services.
(3) Considering the availability of offshore corporations, formed in tax haven jurisdictions located in the Asia/Pacific region, one wonders why the university chose the BVI, which is notorious for the opaque nature of its corporation laws, the difficulty of obtaining documents in a timely manner, and the widespread use of BVI companies, by the Mossack firm, for dodgy purposes.

(A) Were these university-controlled companies use in a pipeline, through which funds of a wealthy Mainland Chinese businessman, with close ties to senior government officials, were moved offshore ?

(B) Were the BVI companies used, by the donor, to move illegal bribes and kickbacks, obtained by senior Chinese officials, out of the country ? After all, who would suspect a university of such conduct. 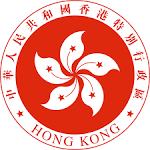 One wonders whether the use of legitimate front entities, to transfer and launder money, was a standard policy of the law firm of Mossack and Fonseca ? If so, we will probably see more examples of such amoral conduct, as additional Panama Papers documents and files are made public.