A Cayman Islands shell bank, currently a defendant* in a civil suit in Grand Court, transferred client funds to an offshore bank that was under criminal investigation by the Internal Revenue Service. When Dundee Merchant Bank. popularly known as Dundee Bank, moved investment capital of Canadian clients offshore, it placed millions of dollars in accounts at the Bank of Butterfield & Son, Ltd., which has branches in Bermuda and the Cayman islands, notwithstanding that the bank was known to be under IRS investigation, for facilitating tax evasion.

Supoenas had previously been issued against the bank, by the Internal Revenue Service, in 2013, and the bank later admitted it was under investigation, in its public filings. Subsequently, Butterfield Bank publicly advised that it was withholding, and had reserved, $4.8m, to cover the anticipated fines and civil penalties that American regulators were expected to impose upon the bank.

Dundee Merchant Bank**, which is a wholly-owned subsidiary of Canada's Dundee Corporation, either failed to engage in any due diligence whatsoever regarding Butterfield Bank, or ignored it altogether. Either alternative constitutes gross negligence, and breach of fiduciary responsibility, chargeable to both the bank, and its parent.

Furthermore,  Dundee illegally comingled its clients funds, while engaging in a major deception, by assuring clients that each one had a specially-designated account at Butterfield Bank; this was a misstatement of material fact, made to customers by Dundee Merchant Bank President Derek Buntain, and Senior Vice President Sharon Lexa Lamb. Buntain fled Grand Cayman after the scandal broke, and is currently living in Canada.

The funds of many of the Canadian investors were later illegally drained, and millions of dollars are missing, and presumed lost. Canadian securities trader, Ryan Bateman, reportedly placed a significant amount of the victims' money in his trading accounts at US banks.

Questions are certain to be raised, in the three pending court proceedings, including two in Ontario, regarding the role of certain Dundee Corporation executives, in the decision to place client money in a dodgy bank that was guilty of aiding and abetting tax evaders, and under criminal investigation. Such a command decision could only have been authorized by Dundee Corporation, as Dundee Merchant Bank, as its controlled subsidiary, took no independent action on major policy decisions. 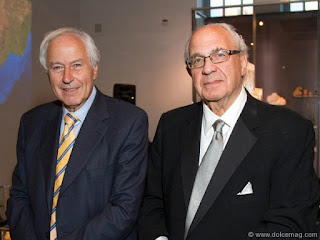 The Cayman Islands Monetary Authority (CIMA) has never taken any action to order Dundee Bank to file liquidation proceedings in Cayman courts, raising the issue of whether corruption had a role in its inaction, or whether it was a case of regulatory malpractice, and malfeasance in office, of a government agency.

**Dundee Merchant Bank, upon information and belief, was ordered closed by Canadian regulatory authorities, when its parent bank was sold off, as Dundee, having only a "B" class license in Cayman, could not operate without a full-service international bank maintaining supervision and assistance. Notwithstanding public information released, the bank has never been properly liquidated, under Cayman law, nor deposits returned to its customers and clients. and it is believed to be insolvent.