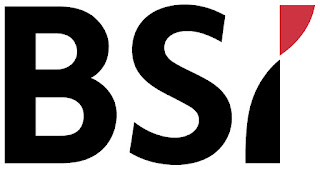 Several years ago, this blog* covered then-President Ricardo Martinelli's trip to Italy, which included a quiet side trip to Lugano, not covered in the official itinerary. The Swiss destination was Martinelli's bank, Banca della Svizzera Italiana, known to most as BSI, which is in the news today, due to its liquidation, by Swiss authorities and FINMA, because of its role in $4bn of funds movement, reportedly misappropriated from state-owned companies in Malaysia, where the bank maintains a branch. There are multiple criminal proceedings in process against the bank, and a reported $13.3m civil penalty in Malaysia; Money laundering allegations abound.

What was Ricardo Martinelli's plane doing that day in Lugano, you ask ? Those who know say he was depositing a portion of the $3bn that the Colombian fraudster, David Murcia Guzmán, entrusted to him to invest, and which he allegedly laster appropriated to his own use, after he arranged Murcia's hasty deportation, into the waiting arms of Colombian law enforcement.

Additionally, he was banking some of the cash he collected, as bribes and kickbacks, during his term as Panama's most glutinous president. Martinelli had awarded lucrative government contracts, and taken more than his share of illicit compensation.