OCC FAILS TO RELEASE AGREEMENT WITH BANK OF CHINA

One of the major issues that I have with US government agencies that enforce financial institutions' compliance with BSA/AML laws and regulations is the fact that the public release of some documents mysteriously get held up for weeks, or even months, before compliance en officers can learn about Cease & Desist Orders, or stipulated agreements to fix major AML/CFT deficiencies. This policy may keep the financial media from publishing negative news about a specific bank, which helps the bank's reputation damage restoration staff, but it puts the compliance world at a distinct disadvantage: we do not know who the offending bank is, and conduct ourselves accordingly.

Last week, a major news service got its hands on an agreement, between the Bank of China Ltd., and the Office of the Comptroller of the Currency (OCC), and detailed how the bank has been named, for failure to file suspicious reports, and other BSA sins and transgressions. I cannot find one on the OCC website anywhere, because its release has been intentionally delayed.

The back story, or course is serious: the bank finally complied, under duress, in disclosing the names of account holders suspected of conducting massive global counterfeit goods operations. A US District Judge, in New York, had fined it $50,000 per day until it obeyed a court order. The bank's shortcomings obviously needed to be made public, yet the OCC has delayed the public release of its agreement with the bank; That is just plain dangerous to the financial community. 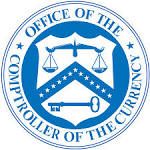 It is critical that compliance officers know about regulatory actions, when imposed, in real-time, so that they can notify their staff to take precautions. Otherwise, bank clients who are financial criminals can easily move their operations, from the sanctioned bank, to other banks, who are not privy to the regulatory sanctions. 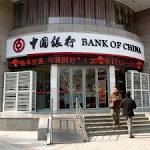