FOR TRUE REFORM, PANAMA MUST AGREE TO EXTRADITE ITS RESIDENT MONEY LAUNDERERS 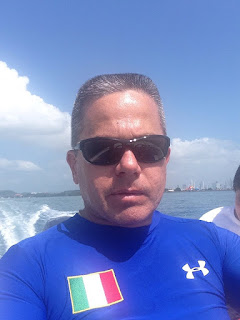 This is Panamanian attorney Ismael Enrique Gerli Champsaur. From his law office in Panama City, he reportedly formed 28 corporations, which were used to launder millions of dollars illegally taken from government accounts in Nicaragua. In truth and in fact, Gerli was the lawyer for then-president Arnoldo Alemán, as well as other senior government officials, for whom he assisted in the laundering of the proceeds of corrupt activities. The Organization of American States (OAS), on one of its websites, lists an $82,000 payment, made to Gerli, for his "services."

Why isn't Ignacio Gerli in a Nicaraguan prison* ? Because the Republic of Panama generally will not extradite one of its nationals, to face justice in a foreign court, for major crimes they have committed. In Ismael Gerli's case, the influence of his family has insured that he will not be that rare exception; a relative is a former vice president, and another a senior official, and all of them are part of an organized crime syndicate. He is not going anywhere, notwithstanding what Nicaragua wants, thanks to Panama's protection of it own, home-grown, criminals.

Unless Panama changes its laws, and requires that its citizens be extradited for serious crimes, when committed elsewhere, the country's roughly one hundred career money launderers will never face justice anywhere. We know that Panama's flawed court system, riddled with corruption as all levels, will not result in money laundering charges being filed.