Criminal fraud charges were filed this week, in the Republic of Panama, against local Panama City attorney Ismael Gerli Champsaur, who allegedly stole approximately $2m in property of a former client. Gerli, who reportedly also sought to extort money from that client, who terminated his services, is also the individual who gave false witness in court against that client, Russian/Spanish businessman Vladimir Kokorev, in Las Palmas, the Canary Islands.

Gerli is accused in the Panama case of fraudulently taking possession of client real estate, by illegally acquiring ownership through bearer shares of Panamanian corporations that held title to the properties. He is known to have perfected the bearer share scheme, during the time he was the attorney for the American expat, Gary Lundgren, who is known to have employed the same fraudulent technique to steal real estate from Canadians and Americans, with Gerli's advice and counsel.  Gerli and Lundgren are defendants in a large number of civil suits in Panama.

According to Kokorev and his lawyers, Gerli traveled to Spain, and falsely accused Kokorev of participating in a money laundering scheme, conducted through Spanish banks, to launder the proceeds of corruption of the family of the president of Equatorial Guinea, Teodoro Obiang. Spanish prosecutors reportedly later learned that his testimony had no factual basis, that he violated the attorney-client privilege, and that his statements to prosecutors were made with the intent to falsely incriminate Kokorev and his immediate family. 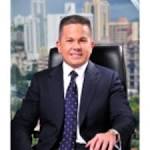 Major financial entities in Spain are known to be behind the current efforts to charge, and ultimately convict, Vladimir Kokorev, of money laundering, and it is believed that the purpose of this bogus prosecution is to sanction, and ultimately remove, the Obiang government from office in Equatorial Guinea, for their direct financial gain. Did Gerli receive illegal compensation to bring perjured testimony against Kokorev ? We cannot say, but our investigation continues; Stay tuned.