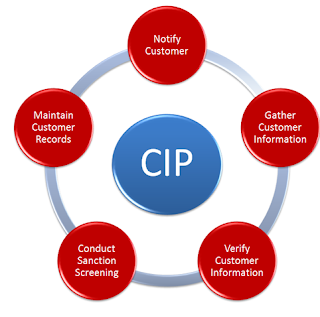 Where a prospective client comes from is one of the tools we use in accessing suitability at account opening; that is a given. What is often overlooked is the fact that sometimes, due to world events, the client comes from a specific country, and even has a passport to prove, it but his origin is really elsewhere. Is he (or she) really from a high-risk jurisdiction, to the point where enhanced due diligence is called for ?

Compliance officers sometimes need to dig below the surface:
(1) Does the client's language ability ( accent/ use of slang phrases/grammar) match those that you generally attribute to someone from that country.
(2) Was the client born in another country ?
(3) Is his family name inconsistent with those you expect to find from that jurisdiction ?

Here is an illustration; This week, the United States indicted two Iraqi Middle Eastern immigrants, one of whom came from Iraq, and the other from Syria, on terrorist charges. Political correctness aside, neither of their individuals were ethnic Iraqis. Both were actually from Palestinian families that had settled there. Some major media failed to add this important detail in their coverage.

For client risk purposes, this make a huge difference. Both the Palestinian Authority (PA), which has  limited government in the West Bank (Judea & Samaria), and Hamas, a designated terrorist organization in power in the Gaza Strip, are utterly corrupt organizations, whose officials become millionaires by diverting aid funds to their personal use.

Furthermore, both regimes are notorious for spewing anti-West, anti-American and especially anti-Semitic propaganda, on a global basis, meaning that both of these two arrested individuals were probably exposed to anti-American hatred from an early age. Some Palestinians become so brainwashed that they become terrorists, as we painfully know from reading the news each day.

We classify Palestinians opening bank accounts in Western banks as high risk for the above reasons. some are expelled from Israel, for criminal or terrorist activities, and could end up at your bank. In the Middle East, other countries remember that Palestinians were expelled from Kuwait, after the First Gulf War, after the PA allied itself with the Hussein regime, which invaded that country.

Therefore, always look underneath a passport when seeking to determine exactly who the new client is; Things are seldom what they seem, "skin milk masquerades as cream."
Posted by Kenneth Rijock at Saturday, January 09, 2016