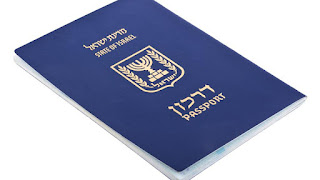 Indian media have reported that two Iranian nationals, detained in India with counterfeit Israeli passports, which were manufactured in India, intended to use them to enter the United States. The articles do not specify whether the Iranians were using bogus pre-2003 non-machine readable versions of the Israeli passport.

In 2014, Kenya sentenced two men to 2 years in prison for attempting entry with counterfeit Iaraeli passports.