VICTIMS OF CAYMAN GANG OF FOUR OFFER $100,000 REWARD FOR INFORMATION LEADING TO THE CONVICTION OF RINGLEADER SHARON LEXA LAMB 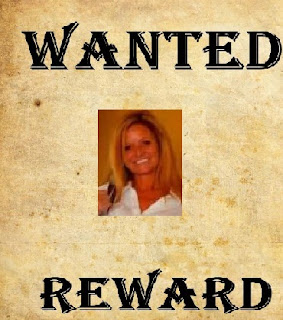 Two of the victims of the Cayman Gang of Four have publicly offered to pay a $100,000 reward for any information that will lead to the arrest and conviction of the ringleader, Cayman Islands resident Sharon Lexa Lamb. Ms. Lamb reportedly left Grand Cayman, when a massive civil suit was filed against her, and Dundee Merchant Bank a/k/a Dundee Bank, and has absconded.

Should any reader wish to contact the individuals who are offering that reward, kindly email me at miamicompliance@gmail.com, and your email address and letter will be promptly forwarded to them.

Please do not disclose that information in your inquiry, only your email. Your identity will be kept strictly confidential.

Sharon Lexa Lamb is believed by most to be the leader of the Cayman Gang of Four, a group of fraudsters who reportedly stole over $450m from Canadian & American retirees and pensioners. The other members of the Gang of Four, all of who participated in the trading scam & fraud are:

(1) Ryan Bateman, the principal of B & C Capital Ltd., and Bateman Capital, Ltd., who is a fugitive from justice in the Cayman Islands.
(2) Derek Buntain, the former president of Dundee Merchant Bank. He is missing, and believe to be in hiding in Canada.
(3) Fernando Moto Mendes, the surviving director of B &  Capital Ltd. he resides in Grand Cayman.