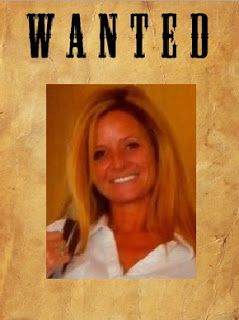 With process servers hot on her trail,  Sharon Lexa Lamb, the leader of the trading scam fraudsters known as the Gang of Four, has reportedly fled the Cayman Islands. She cannot be found anywhere on the island.  Cayman immigration has no record of her departure, which means her exit was covert, and unlawful.

Lamb could have been quietly picked up in a friend's yacht, and taken to the Republic of Cuba, where she has established residency, based upon an arranged marriage to an associate who is a Cuban national, José Fernandez Santana, who is himself suspected of having moved smuggled cash and stocks that the Gang of Four had misappropriated from their victims, to the Turks & Caicos Islands, or Cuba.

Accounts in T & C were used by B & C Capital, Ltd. fraudsters, as a part of their $450m trading scam, whereby the victims thought their money was safe in a financial institution, but in truth and in fact, it was in the hands of Gang member Ryan Bateman, who was illegally trading with it in the United States. Is she going to meet up with Ryan Bateman, her partner in crime ?

Prior to fleeing the Cayman Islands, an upset Sharon Lexa Lamb contacted the victim who filed the first civil case against her in this matter, and offered to refund his money in full, provided that he immediately dismiss the case pending against her. She alleged that the case was "ruining her business." She did not, however volunteer to remit to him the profits generated through the use of the victim's millions.

Will the long arm of justice catch up with Sharon Lexa Lamb, and will she be required to serve a lengthy prison term, for her sins and transgressions ? We cannot say, but you will read it all here first.