US BANKS SHOULD DISREGARD REGULATORS PLEA ON DE-RISKING 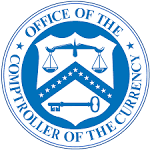 Both the Comptroller of the Currency, and the US Treasury Under Secretary for International Affairs have gone out of their way to caution American financial institutions about closing correspondent accounts of entities located in high-risk countries, which is increasing as "de-risking," or reducing risk programs, pick up steam. Claiming that such actions will disrupt "long-standing business relationships," and cut off foreign NBFIs from the regulated financial system altogether, these government officials as asking the banks to back off.

While there was talk of going over the heads of bankers who make those decisions, in an effort to curtail such actions, law enforcement agencies of the United States Government, which hold its financial institutions to strict liability for money laundering, and terrorist financing violations, will not refrain from prosecuting them, when they retain a high-risk correspondent, whose clients manage to move dirty money through the American bank. Regulators will be nowhere to be found when law enforcement drops the hammer for money laundering violations.

The high-risk jurisdictions have had over 30 years to improve their anti-money laundering compliance programs, and they have utterly failed. Please, do not force US banks to continue to take their business, which includes dodgy clients, and then punish them, when violations are found. Money service businesses, and certain banks, in high-risk countries should be red-lined, due to the clear and present danger that they present to the US banking structure, and American officials should not respond to foreign diplomatic pressure, to lean on US banks to keep accepting their suspect business. With all due respect, take your politics elsewhere, OCC and US Treasury; this is a law enforcement, not a diplomatic, issue.
Posted by Kenneth Rijock at Thursday, March 24, 2016