CONFLICT OF INTEREST, CORRUPTION AND CRONYISM; WHY FINANCIAL CRIMINALS ARE NEVER CHARGED IN THE CAYMAN ISLANDS

If you follow the news of the Cayman Islands, you know that, last year, there were many who brought up the conflict of interest issue, arising out of the FIFA scandal. Mark Scotland, an executive at the Cayman Islands Football Association, is the husband of Cayman Islands MonetaryAuthority Managing Director, Cindy Scotland, and Caymanians pointed out that they had no confidence that CIMA's head would conduct an objective investigation of CIFA, and its reported financial irregularities. 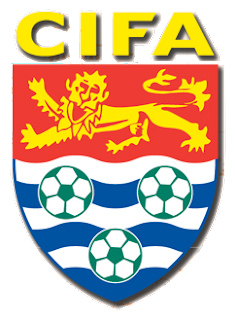 CIMA belatedly appointed additional directors, to reassure the public that any Cayman investigation in financial irregularities at CIFA and FIFA, would be vigorously conducted, but to date nobody has been charged there, with the numerous diversions of money, by CIFA officers. The truth is that, where Cayman officials have relationships with local financial criminals, nobody is ever charged, let alone go to prison for their actions. Money was diverted, stolen, and converted, yet CIMA fails to take action against the players involved. Don't you wonder why ?


The Cayman Gang of Four have never been interviewed by CIMA, or by the Royal Cayman Islands Police Service, notwithstanding that hundreds of millions of dollars are missing, from the accounts of Canadian pensioners. The reasons, according to locals:

(1) Cayman Gang ringleader, Sharon Lexa Lamb, was involved in sports events with Mark Scotland, the CIFA official. The fact that his wife, Cindy Scotland, is the MD of CIMA, and also a friend of Lamb, speaks volumes about the cronyism that exists in grand Cayman, and effectively prevents CIMA from any moves to investigate Lamb, or the other financial criminals in the Cayman Gang of Four*.


(2) The RCIPS detective assigned** to investigate the claims of victims in the Cayman Gang of Four case is the brother of a Caymanian who has an extremely close personal relationship with Sharon Lexa Lamb, raising the presumption of conflict of interest. Close to a year after victims started filing complaints, with CIMA and the RCIPS, no perpetrators have been charged, and the investigation appears to be intentionally stalled. Please also note that one of the senior police officials last name is also Scotland.

Remember the recent news, about how the RCIPS intentionally let the Statute of Limitations expire on more than 40 investigations ? Expect this one to be no different, however the magnitude of the losses sustained by the victims, many of whom are elderly and infirm, has started to spill over into the judicial system in Canada, which will be the subject of a separate article.

The bottom line: in the Cayman Islands, friends don't charge friends with felonies, even when richly deserved. the corruption, conflict of interest, and cronyism, trump justice there, and will continue to do so; foreign investors, seeking to place funds there, kindly take note.
______________________________________________________________________________
* The other members of the Cayman Gang of Four are: the fugitive Canadian trader, Ryan Bateman, B & C Capital Managing Director, Fernando Moto Mendes, and former Dundee Bank CEO, Derek Buntain. Deemed to be their mentor is the Canadian securities adviser, William "Bill" Tynkaluk.
** After several months, the original assigned detective was abruptly taken off the case. Many Cayman insiders claim that this is but one of the methods that RCIPS uses to delay action against locals, moving the case from one person to another, where the individual new to the case then requires a substantial amount of time to "get up to speed," and the case fails to progress, until the Statute of Limitations run out. Over 40 cases were reportedly killed in that manner.
Posted by Kenneth Rijock at Monday, March 14, 2016