ARE COTS AML/CFT DATABASES OBSOLETE IN 2016 ? 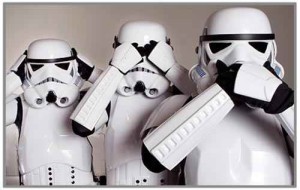 The principal commercial-off-the-shelf anti-money laundering and counter terrorist financing databases in use since 9/11, by both financial institutions, as well as NBFIs, are not only ineffective in identifying, and well as interdicting, financial crime, on a real-time basis, they may now be considered obsolete. Bank AML compliance programs consistently fail to deny entry to unsuitable applicants, simply because the individuals do not appear in the databases the bank is using to separate the wheat from the chaff.

Some of reasons for these compliance failures:

(1) The resources the established database providers are relying upon are insufficient to identify all the high-risk individuals and entries. This is a fatal flaw in their approach. Many resources that are available would not only confirm information, it would provide additional data not available through conventional sources.

(2) The staff employed by the database providers is clearly insufficient to review, examine, analyze, and then enter, all the relevant information that is out there. Remember the infinite monkey theorem ? An infinite number of monkeys, typing, would eventually create all of the world's great works ? Given the diverse language requirements, the employee costs necessary, and the tedium involved on the part of that staff, no database provider will ever have a sufficient number of qualified researchers to cover all the financial crime, as it unfolds.

(3) The proliferation of so-called reputation restoration companies, who post disinformation, misinformation, bogus "facts,' and in general, pollute the Internet with virtual garbage, all of which must be viewed, and discarded by an able researcher, who possesses not only language skills, but cultural literacy, and a basic background in the needs of a compliance officer.

The bottom line; the databases generally fail to pick up, and enter, much information that is of critical relevancy, such as:

(A) The name of the El Paso money launderer who received immunity from prosecution, in a Federal criminal case in Texas. His name appeared, in passing in a reported court decision.
(B) The identity of a corrupt PEP in the Philippines; the article detailing his sins and transgressions was in Tagalog, the official language of the Philippines, so nobody read it, and the translation software was inadequate.
(C) The obscure report of an arrest of a trader, in Singapore, for securities fraud.
(D) A civil suit, alleging a massive Ponzi scheme, in the Cayman Islands. It only appeared on a local  online website not otherwise thought of as a reliable & established news source.
(E) A blog reporting on a possible instance of trade-based money laundering. It was not indexed by the search engines, and not known to the researcher responsible for covering that topic.

So long as the existing commercial databases of high-risk individuals and entities fail to snare all the relevant data, sift through it, and make it available to the users, financial criminals will remain omitted from the very data sources that banks rely upon to keep them safe.
Posted by Kenneth Rijock at Sunday, March 20, 2016