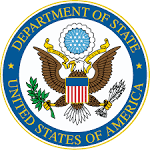 If you diligently reviewed this year's International Narcotics Control Strategy Report, published annually by the US State Department, you know that the Caribbean tax haven countries continue to pose a major money laundering threat. For that reason, and due to their risk-based compliance programs, many North American banks have cancelled their correspondent relationships with those nations, such as Antigua & Barbuda, the Republic of Panama,  the Bahamas,and the British Virgin Islands. Such a move is commonly known as "de-risking."

Now, US regulators have been rapping the banks on the wrist for the very actions that they have taken to reduce the risk of money laundering. Both the Treasury Department, and the OCC, have been critical of these correspondent account closures, asserting that Caribbean residents will have insufficient access to the global banking system. Frankly, I do not blame the US banks, for decades after rampant money laundering, into or through Caribbean tax haven banks, those institutions remain high-risk for a wide variety of financial crimes. American regulators, please do not lean on the banks for taking the very actions that will reduce the risk that they will facilitate drug money laundering.

The place to go for cleanup is the tax haven banks, gentlemen; we do not want to hear that the convenience of Caribbean businessmen trumps anti-money laundering, and countering the financing of terrorism. It's bad enough that these countries sell citizenships with passports (including diplomatic passports) to dodgy purchasers, for cash. Now, US regulators, who will  punish the banks for money laundering activity, want them to maintain correspondent accounts with banks at known money laundering jurisdictions ? Sorry, but protecting the bank from crime and terrorist financing comes first. Let the Caribbean tax haven banks use their correspondent relationships in Europe.
Posted by Kenneth Rijock at Wednesday, March 09, 2016