FORTY YEARS AGO THIS WEEK: THE FALL OF SAIGON 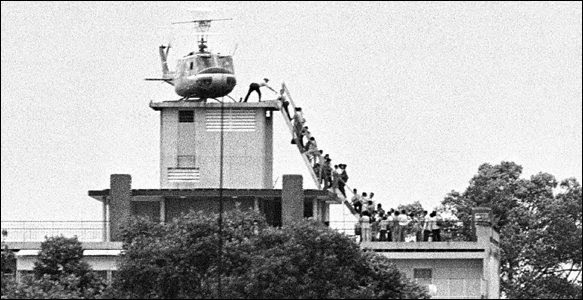 This is probably the most well-known photograph of the end of the Vietnam War. On April 30, 1975, atop what was then the Pittman Apartments, said to be the residence of the CIA Deputy Chief of Station, an Air America Huey extracted civilians who had assisted the United States in its war effort. Most captions incorrectly show this as the American Embassy, but in truth and fact, it was at what was then known as 22 Gia Long.
Posted by Kenneth Rijock at Monday, April 27, 2015