ARE YOU APPLYING ENHANCED DUE DILIGENCE ON SPECIAL INTEREST ALIENS FROM LATIN AMERICA ? 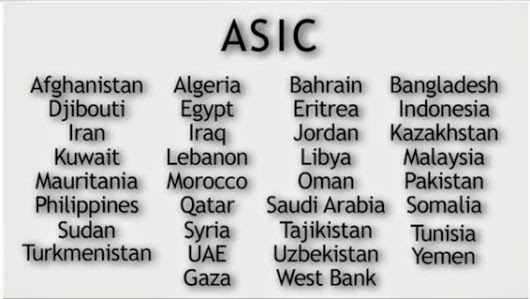 We have discussed this specific type of high-risk bank client in earlier articles, but now that the American intelligence community has given them a name, we shall return to the subject again. A Special Interest Alien is not E.T., but an alien, coming from Latin America, whose country of origin is not one that is south of the Rio Grande, but from a country regarded as high-risk by compliance.

Aliens whose birthplace is in the Middle East, but who holds a valid passport from a Latin American or Caribbean country, are generally given the highest risk levels, though nationals from certain countries in Asia and Africa have also been seen regularly, and deserve mention here. These individuals have a greater risk of being agents of a Specially Designated Global Terrorist organization (SDGT), or members of an organized crime syndicate, and should be considered potential threats.

Given the ease by which they can obtain legitimate travel documents, showing them to be nationals of a specific Latin American or Caribbean nation, you are left to use your compliance skills to identify, and decline, Special Interest Aliens, because they are seldom whom they appear to be. One certainly does not need to have one's bank suffer the reputation damage that comes with Providing Material Support to Terrorism allegations, or rumors that your bank is working with organized crime.

(1) Check the place of birth, and if it is outside the region, require an additional government-issued photo ID that also lists the POB.

(2) Have a member of your staff who is familiar with the slang, vernacular, and accent of nationals of the country that your account applicant claims to be from, listen to his or her speech. Is Spanish or Portuguese not their native language ?

(3) have you run a quick search engine inquiry on the account applicant, in his native language ? Was there sufficient mention of him to indicate country residence for an extended period ?

(4) When was the passport issued ? Does it have a number of visa stamps confirming international travel to Europe, Asia, etc., that you would expect of such an individual ?

(5) Is the client accompanied by others who might also be Special Interest Aliens, and do they defer to him, indicating that is could be the ranking officer in the group ?

Reports state that just under 500 Special Interest Aliens were intercepted at the US border last year, seeking illegal entry.  One wonders just how many more were successful, and whether you may be currently banking them.