WHY IS THE VENEZUELAN HEDGE FUND PONZI SCHEMER IN A HALFWAY HOUSE ? HIS CONDUCT SINCE HIS ARREST HAS BEEN DISGRACEFUL 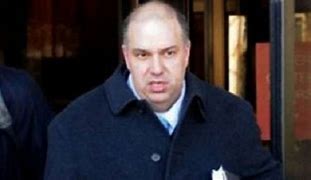 Some things that go on in the criminal justice system are impossible to understand. Take the hedge fund Ponxi schemer, FRANCISCO ILLARRAMENDI, who turned a major hedge fund loss into a massive Ponzi scheme, coldly leaving victims by the side of the road. He went through one defense attorney after another in his case, needlessly delaying the wheels of justice. His theory of defence was pure garbage. His bond was revoked when it was determined that illegally secured a tax refund, when that money should have gone to reimburse his victims.

His appeal of his conviction was also without any merit at law; there was no reversible error committed during his trial, and there was sufficient evidence of his guilt. In short, he was one difficult defendant, with one dilatory tactic after another, but all proving to be without any merit. He wasted an extraordinary amount of both the Court's time and the resources of the US Attorney's Office, when a guilty plea early one might have saved him years of additional confinement. He received 13 years back in 2015, and he was ordered to repay $26.8m . His §2255 Petition to Vacate, Correct or Set Aside Sentence was denied in 2020.

That being said, the question is why has he been transferred to a halfway house, in the Baltimore/D,C, area ? His case is in New England, and his Release Date is in 2124.  How can a difficult defendant receive such a benefit, long before he would generally be eligible for release to a halfway house ?

His dilatory conduct in his case would generally not endear him to either the sentencing judge or the string of AUSAs who had to deal with his attorneys' tactics, so why is he apparently at an inner city halfway house in the Washington area, far from Connecticut, where he committed his crimes ? We can only speculate that his knowledge of the Venezuelan financial jungle, especially the money laundering world, might assist Federal prosecutors in current Venezuelan financial crime cases.

However,  in a sense he is cheating justice by enjoying the relative freedom of a halfway house, rather than a Federal Correctional Institution. Let's hope the favored treatment he is receiving is actually resulting in some additional indictments, or the seizure of criminal assets. Still, it seems that a hedge fund bad boy is getting over on Uncle Sam.