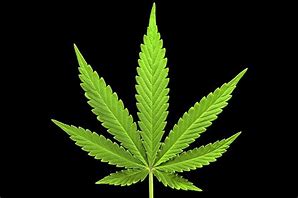 WHY ALL THIS RUSH TO LEGALISE MARIJUANA IN MALTA ? By Rev. Father David Muscat

Any objective observer must be asking what is behind the Maltese government’s frenetic drive to legalise the growing of cannabis for so-called recreational – as well as for medicinal – purposes.
I will not enter into the merits of whether this plant causes serious physical or psychological damage or why one cannot bring out his potted plants for the Roman Catholic Corpus Domini and Sacred Heart processions in June.  I have no opinion on this and leave the topic to psychiatrists.
I will focus instead on the cannabis agro-industry that will potentially enrich Malta’s public exchequer to the tune of millions, whilst fattening the pockets of certain Maltese influential cliques and traffickers, both domestic and foreign.
The only drawback for the establishment of this agro-industry is Malta’s size and the relatively small acreage of her fields. Malta is 21 miles in length and has a width of only 10 miles.  Half a dozen cannabis farms in Spain or Italy could produce half of Malta’s output.   Additionally, Malta has already been converted into a concrete jungle, with EU-funded road extension projects to link the skyscrapers utilised by the local and foreign betting/financial services/gaming magnates. Furthermore, most of our agricultural land is broken into small farming plots which have been worked by scores of local farmers who pay land rents to the properties’ owners – government, private landowners (mainly members of the Maltese nobility) or the joint office (which caters for lands formerly owned by the Church).
All this is set to change following recent court sentences which have forced the evictions of tenant farmers from agricultural land, land that has been worked by several generations of Maltese farmers.  These court sentences have practically become a daily occurrence.
What all this boils down to is that a substantial chunk of Maltese farmland is now available – and ripe - for the greedy speculators. It will certainly prove to be a providential blessing for the nascent cannabis agro-industry in Malta. Indeed, the government is set to issue licenses for cannabis growing to the extent, that, even if the entire islands of Malta and Gozo are covered with marijuana plants, there simply will not be enough land for cultivation purposes.  Clearly then, every available acre of land is manna from Heaven for the cannabis speculators.
The second worrying aspect of all this is that tonnes upon tonnes of cannabis from Latin America, North Africa and the Middle East will flow to the European markets via Malta.
Given that we already launder money from the criminal activities of Russian oligarchs, Chinese tycoons, the Italian Mafia, African dictators and Arab sheiks, what will stop us from laundering the proceeds from cannabis production?  The international cabal of globalist charlatans is well aware of the fact that in Malta, the local administration will protect their “investments” in the present environment where impunity rules.
Naturally Malta’s government will go to great lengths to assure the European Union that strict regulations and anti-laundering compliance rules will be in place to deter any Latin American and North African weed entering the EU through the Republic of Malta.  Does anybody seriously believe that these rules will be enforced?  With Malta’s track record of lack of enforcement of mafia money laundering, the future does not hold out much promise in this area.  As the FATF spokesman Marcus Plejer stated: “You Maltese enact laws in order that they remain on the statute books”.
Nor should we expect any reaction from the Maltese MEPs in order to prevent such abuses.  If, at some future stage, the EU does decide to investigate this speculative land grab for the cultivation of narcotics and the subsequent laundering of its proceeds, the Maltese MEPs will do everything under the pretext of defending the jobs and economic growth this provides.  They used this argument in the past.
When Satan tempted Jesus in the desert in order for the Divine Saviour to turn stones into bread, while Christ refused, we Maltese say Yes!  We said yes when we morphed Malta from an island based on work into a tax haven where money laundering reigns.  The next lucrative bubble is weed laundering.
Mammon has become the new God of Malta’s political and business classes, as well as that of large sections of our population.  The One True God will laugh at them.

OUR COMMENTARY
We ask: which banks will be working with these new cannabis businesses in Malta ?  Internationally,  most countries still classify cannabis as a Class (Schedule) A drug.Most banks don't want anything to do with cannabis businesses.

It's a problem in the US in states where cannabis is legal, like Washington State, Colorado or California. Cannabis is still illegal at a Federal level, but legal in some states. This means most banks will not touch cannabis business as they can potentially be Federally prosecuted for money laundering, cannabis being a controlled substance. It's a cash only business.

What will happen in Malta once cannabis is legal ? Will BOV be digging its own reputational grave if it accepts cannabis business ?

Another issue is cannabis testing for motor vehicle drivers; no accurate tests exist that can confirm cannabis use within a few hours of use, but cannabis stays in the system for a few days. Will cannabis users  be forced to forfeit their driving priviledges ?