SECOND MARTINELLI SON EXTRADITED TO US IN ODEBRECHT BRIBERY CASE 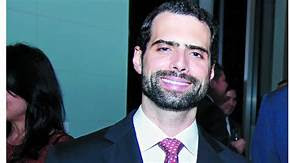 RICARDO ALBERTO MARTINELLI LINARES, the second son of former Panamanian President Ricardo Martinelli Berrocal to be extradited to New York to face bribery charges in the Odebrecht corruption case, arrived in the United States this week. He follows his brother, Luis Alberto Martinelli Linares, who was also charged when he arrived last month; Luis has already entered a plea of guilty to money laundering charges, and is awaiting sentencing, now scheduled for next year.

The case, which is pending in Federal Court for the Eastern District of New York, alleges that the Martinelli brothers received $28m in bribes as intermediaries for their father, who was at that time the President of Panama. The Government has opposed any bond for Ricardo; Luis was previously ordered into permanent pretrial confinement, The brothers originally fled the United States via a private yacht to the Bahamas; they were later, after extended international travel that involved counterfeit PARLACEN* diplomatic documents, arrested in Guatemala on a warrant from the United States.

Given the amount of bribe money they allegedly received, their illegal exit from the United States, and other criminal activities they engaged in during their flight to avoid prosecution, it is expected that their sentences, when handed down, will be lengthy, followed by their deportation to Panama, where they could face charges there by the time they have served their US sentences.