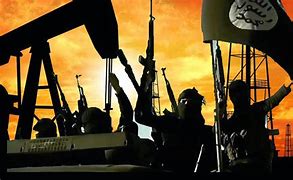 We have been contacted by an international whistleblower known for his exposure of official corruption; in this case, however, he has advised us that a certain Malta company facilitated the illegal sale of ISIS  crude oil in the European Union, and elsewhere. The company provides laboratory testing, inspection, and certification of crude oil. Banks rely upon those reports when making payments; therefore, the company has a key role in the global petrochemical industry.

We have withheld the name of the company, as the whistleblower plans to reveal the details in a book, to be published in early 2022, but Maltese businessmen familiar with the oil, crude and refined products petrochemical structure in their country should be able to easily identify it from these facts. the company has been accredited by the Malta National Accreditation Body, more commonly known as the NAB.

The company, past of a multinational entity, reportedly intentionally and deliberately misidentified oil coming from ISIS, as originating from legitimate sources; counterfeit documents and certifications were employed. The petroleum products were then shipped to, and sold inside, the European Union. the documentation falsely certified that the oil was of Iraqi origin, or had come from Turkey.These deceptive acts constitute terrorist financing, as well as providing material support to a terrorist organization.

I would certainly identify the offending company to law enforcement in Malta, but I have absolutely no faith that the information would be discarded, because someone in the previous Muscat government benefited financially from allowing the mislabeled ISIS crude oil to be sold within the EU (Italy) and to Israel. Bribes and kickbacks flowed to corrupt government officials to allow this charade to continue. ISIS was able to add the oil sales proceeds to its war chest as the direct result of the criminal acts of the Malta company, through its local resident officers and directors.