WHO FINANCED THE TALIBAN'S PAYOFF OF AFGHAN ARMY SOLDIERS ? 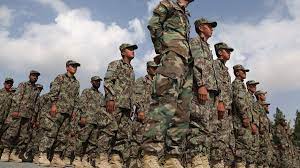 If you read the recent New Yorker article detailing the collapse of the Afghan military immediately prior to the Taliban's relatively painless takeover of the country, you might have seen the note about individual Afghan soldiers being paid to remove their uniforms and desert, down to the issuance of a safe conduct pass to each of them, allowing them to return to their homes without fear of Taliban retribution.

What the article did not disclose is who, or what, financed the bribes paid to each Afghan soldier, to facilitate their demobilisation. While we are aware that the Taliban earned substantial income from narcotics trafficking, it is doubtful that this was the source of the disbursements paid to the soldiers.

So who is the most likely finding source ? We doubt that an investigation, at this stage, inside Afghanistan, can result in a finding of fact, but nevertheless, we believe it is important to determine what entity provided the money to pay off all those troops, in cash. to take them off the battlefield at a critical time.

My money is on Qatar as the probable funding source, although I must confess that, at this point, I have no evidence to support this theory. We can only hope that some investigators, following the money, literally, will stumble upon the answer. We certainly need to know who was behind it.