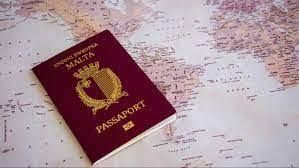 Do you need to know whether your new affluent Malta client is using a Citizenship by Investment (CBI/IIP) passport, that he or she purchased, as proof of nationality, to deceive you ? The link below will give you access to the Maltese Government database of individuals that bought their citizenship & passport to appear to be low-risk. It also contains the names of new citizens who were naturalized on other grounds, but your focus is on those CBI passport holders. If you customer doesn't appear to be a native Maltese. you could have a staff member ask him a few questions in Maltese, to see how he responds.

Is his true country of national origin Iran, Russia, Syria, China or North Korea  ? A large number of Malta CBI passport holders are from those high-risk jurisdictions.  Use this database as a part of your risk-based compliance programme. Should you find that a "Maltese" bank client is not what he or she says they are, perform Enhanced Due Diligence, or decline to onboard the client, depending upon your bank's policies and procedures. Personally, I would NOT accept any Maltese CBI passport holder whose real country of origin is high-risk, a failed state, or a State Sponsor of Terrorism, if so designated by the United States.

Email ThisBlogThis!Share to TwitterShare to FacebookShare to Pinterest
Labels: Citizenship by Investment, IIM