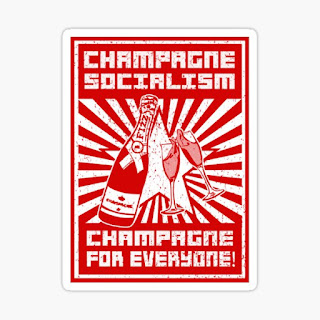 Yet another luxurious Dubai style project in Malta: the mega so-called development instead of a parking area of the ex-trade fair grounds in the north part of the island, a stone's throw away from historical buildings and the old village core of Naxxar predating the Knights of Malta.

This charming Maltese village will be forever ruined, and the quiet Saint Paul’s Gap residential area will be brought to its knees in the shadow cast by the planned high-rise buildings.  This will be done very close to the place where according to tradition Paul the Apostle preached and was heard in Malta’s sister island of Gozo.

Is there anyone worried about this? Of course there is. Various NGO’s such as Graffiti are relentlessly vociferous and indeed sometimes winning battles here and there, as the disfigurement of the island spreads.  But though the occasional battle may be sometimes won, the war is being lost as the country gets littered with these ugly structures meant to house residents, predominantly non-Maltese attracted by the tax-haven status and the multiplier effect on the economy that this island rock has cultivated, as repeatedly stated by both a well-known Maltese architect and an ex-ambassador to the EU.

Activists, Graffiti, as well as other well-meaning environmentalists need direct their efforts to quash the causal factors producing this very Maltese green disaster.  This is no small feat because even our Brussels MEPs fight tooth and nail to maintain the ‘’tax haven’’ status that is the root cause of this disfigurement.

Someone of The Shift News tried to explain the continuing surge in support for the Labour government as Stockholm Syndrome.  He is painfully close to the truth, except that this falling in love with a corrupt system was love at first sight when in the 1990s the Maltese decided to finance their economy through the advantageous capital corporate tax system that effectively transformed Malta into a tax haven.  Joseph Muscat merely fine-tuned the system.

NGOs like Graffiti and the leftist journalists of The Shift News (admittedly the best investigative journalism is found here) want to save the environment of Malta.  Fine.  Then, they should stop behaving like Gucci socialists.  They should start attacking the economic model and not just the corruption scandals of the Maltese government.

I have not lost hope.  Sooner or later this Maltese venture capitalism based on financial services, gaming and betting will implode.  Listening to Jesus’s admonitions helps to hasten this, even though the situation is desperate and there are crooks everywhere: ‘’Do not be afraid to that which kills the body [the economic model] but cannot kill the soul.’’ (Matthew 10.28).