US COURT DENIES ALL OF PILATUS BANK OWNER PRETRIAL MOTIONS; ON TO TRIAL 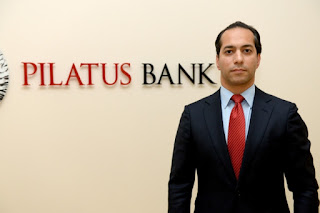 A Federal Judge in New York has ruled that none of the seven pretrial motions filed by attorneys for Ali Sadr Hashemi Nejad, the Iranian owner of Malta's defunct Pilatus Bank, have any merit at law, and has entered an order denying all of them, thereby moving the case forward towards a 2020 trial. In a well-documented 37-page order, the trial judge analyzed all of the motions, and disposed of each of them in turn.

The defendant, who is charged with multiple money laundering and international sanctions offenses,  allegedly moved $115m through the American banking system, artfully using four St Kitts & Nevis CBI passports in Switzerland to conceal an extensive Iranian-Venezuelan connection. The failure of Pilatus Bank in Malta placed that country under serious scrutiny by the European Union, for both failure to properly examine the bank, before awarding it a license, and neglecting to adequately monitor its operations. The bank's failure was reportedly costly for Malta's taxpayers, and official corruption allegations surrounding the bank abound, though no criminal charges have been filed. 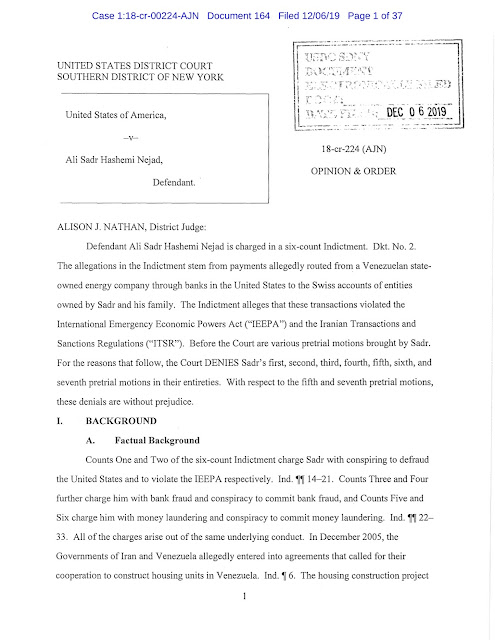 Hashemi Nejad, whose relatively painless pretrial release puzzled court observers of the financial crime scene, due to his Iranian nationality, and his links to the regime in Venezuela, remains free on bond, though under somewhat restrictive release conditions, which he is seeking to reduce. Whether he constitutes a flight risk, as well as a continuing danger to the US financial sector, remains an open question. His travels, which included over 100 trips during the past several years, included multiple visits to Iran, as well as many of the world's favorite international financial centers, more commonly known as tax havens, all of which Iran has employed to evade international sanctions.

We shall continue to monitor all developments in this case, as they occur.