DID MISSING $18m FROM GRENADA GSA PROJECT FUND TERRORISM IN THE MIDDLE EAST ? 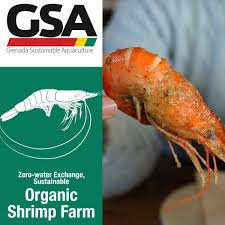 Some victims of the Grenada Sustainable Aquaculture Project, which was never built, notwithstanding eighteen million dollars in funding, are wonder aloud whether a significant portion of their investment capital was intended all along to serve as terrorist financing somewhere in the Middle East. None of the money has been recovered to date, though some reliable sources have leads on subsequent investment in real estate in several countries, by the project's alleged fraudsters.

Little is known of the project manager, Soren Dawody, who holds a Swedich passport, but is of Iraqi extraction; he reportedly attended university in Dubai, and at one time resided in the UAE. GSA's legal address was that of one of its sales representatives in Grenada, but Dawody operated from a hotel room in the UAE; he also used an executive center in Toronto, but this was little more than a mail drop.

It is noteworthy that, early on in the GSA project approach to investors, he unilaterally moved the destination of investor payments, from Grenada to the UAE and Singapore. Neither of these countries is convenient for funding construction and operation of the aquaculture facilities planned in the ambitious marketing materials that were used to solicit prospects.

The singular lack of purpose, on the part of the Government of Grenada's lackluster investigation into missing GSA funds, also raises a suspicion that the truth about diversion of project capital may be so damaging to Grenada's CBI program, that it is being suppressed. Did Dawody have a "silent partner" that is a specially designated global terrorist organization ? We cannot say, but the victims deserve not only reimbursement of their unused investment funds, but the truth as well.