HOW MUCH DID GRENADA GSA FRAUDSTERS GIVE POLITICAL PARTIES TO GET APPROVAL FOR THEIR BOGUS AQUACULTURE PROJECT ?

Allegations of bribery and corruption continue to swirl around the Grenada Sustainable Aquaculture project; how much, in the manner of "political contributions," was paid by GSA to the ruling political party, and did those payments result in GSA being added to the Approved Project list ?

While Government has flatly denied that GSA made any payments to the NNP, or to the Prime Minister, or any other members of the present regime, and claimed that there are no entries in party financial records to support those allegations and claims, insiders in Grenada explain that bribes and kickbacks are commonly paid there in cash, or in other items of value, and as such are generally untraceable.

The operators of the GSA project had absolutely no prior experience in the construction and operation of a sustainable aquaculture facility, when the project received governmental approval, and inclusion upon the Approved Project List, which gives rise to the presumption that there were other, illicit, forces at work securing the approval. We note that the project operators also did not complete their aquaculture project in Antigua, and which was also abandoned last year. 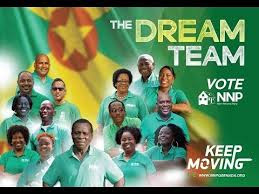 While any lawsuit, filed by victims of the GSA scandal, might be barred as to the PM and senior officials, on Sovereign Immunity grounds, any suit against political parties could not invoke such a defense. Any judgment recovered against the NNP would have to be promptly satisfied, as the ability of that party to support its candidates would be either severely limited, or eliminated altogether.