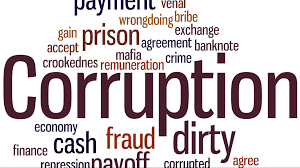 The bottom has fallen out of Malta's long-pending official corruption scandal. The case, which was spawned by embarrassing disclosures about senior government officials in the "Panama Papers, " exploded this week when a police sniffer dog, working for Customs,  found €210,000, on an individual linked to the Caruana Galizia contract assassination. Another individual was taken into custody, and began cooperating with local law enforcement, after receiving immunity from prosecution.

(1) Keith Schembri, the Chief of Staff to the Prime Minister, was questioned by police, and thereafter submitted resignation from his post. He was named in the Panama Papers documents as having a shell corporation involved in corrupt activity.

(2) Konrad Mizzi, the Minister for Energy, also resigned. He was also named in the Panama Papers.

(3) The Minister for the Economy, Christian Cardona, also reportedly resigned.

(4) A prominent local businessman, Yorgen Fenech, was arrested when he attempted to leave Malta on his yacht; he has been charged in the Caruana bombing.

Given that the European Union has been extremely critical of late, regarding suspected money laundering activities, the Pilatus Bank scandal, and the dodgy Citizenship by Investment (CBI) program, compliance officers should take these recent matters in consideration, and raise Country Risk on Malta to a high level, warning any of their bank clients who trade with Malta of the situation, and checking to make sure that there is no financial exposure regarding Malta's often problematic local banks.

Compliance should also closely examine ALL Maltese passports presented at account opening, with particular attention to the place of birth of the holder, if it is outside of Malta, and whether the holder is fluent in Maltese. Otherwise, he is most likely a Russian or Iranian national posing as a Maltese, using a CBI passport.