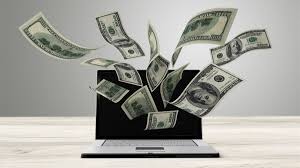 The project managers of the Grenada Sustainable Aquaculture project illegally retained fees and costs that were required to be remitted to the Government of Grenada. The evidence shows that GSA demanded that their investors wire transfer all of the funds necessary to obtain an CBI passport, as well as additional funds that were required to make an investment in the the project, to accounts in the UAE, and Singapore, and not to Grenada Government.

Instructions from GSA seen by this blogger confirm that investor payments due to Government for fees and costs were never forwarded from GSA Ltd. Subsequent to the project's failure, Government amended the regulations to insure that payments were to be routed through local accounts, and not permitted to be paid abroad.

Given this new information, the eighteen million dollar ($18,000,000) figure, which is the estimate paid into GSA, to construct the aquaculture fisheries, must now be amended to include additional fees, stolen and illegally diverted by project managers, led by the Iraqi national, Soren Dawody., who has  a Swedish passport. Additionally, the insurance company that was set up to guarantee repayment to investors, in the sixth year of the project, was not paid, and therefore did not extend the promised coverage.

The Government of Grenada, six months ago, claimed that it opened an investigation into the project, which was never built, but there have been no reports issued, nor any document released. Inquiries made by the investors have failed to result in any information on investigation progress, if any.
Posted by Kenneth Rijock at Sunday, December 01, 2019