Bulk cash smuggling, to avoid the financial system altogether, remains a favored method of movement of large amounts of criminal proceeds in the United States. Local law enforcement in Cleveland County, North Carolina stopped a tractor-trailer on Interstate 85, for impeding the flow of traffic, and failing to stay n the proper lane. A police dog, assisting in the search, reportedly found approximately three million dollars in currency, wrapped in plastic, and hidden inside a shipment of port shoulders on board the trailer. 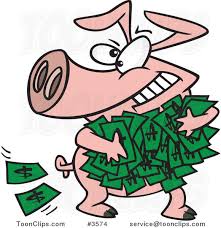 I-85, which runs from Virginia to Alabama, is a route known to be used by drug traffickers moving cash to Mexico. From Alabama, I-10 is generally employed to bring bulk cash shipments to Texas and the border. The driver, who is of Hispanic origin, was arrested and Federal authorities notified.