VLADIMIR KOKOREV REPORTED ARRESTED IN THE REPUBLIC OF PANAMA 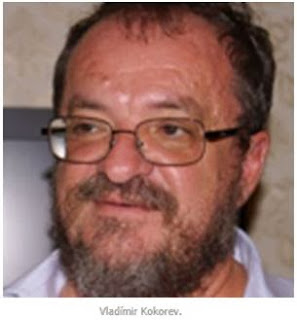 Vladimir Kokorev, the Russian businessman linked to an alleged money laundering scheme involving President Teodoro Obiang Nguema Mbasago, the leader of Equatorial Guinea, has reportedly been taken into custody in Panama. Reliable sources state that Kokorev, together with his son, Igor, were arrested when they arrived from New York City, where the family has real estate holdings.

Spanish media has, in the past, alleged that Kokorev, who previously lived in Spain, and who had reportedly receiving payments made to his Panamanian corporation's account at Banco Santender, allegedly laundered $26m  for the Obiang family, and that this money was subsequently used to make substantial purchases of real estate for Obiang. A report of an investigation of official corruption was stated to be in progress.  Kokorev has responded that the funds were for maritime services rendered for the maintenance and repair of shipping contracted for by Equatorial Guinea, and he has denied the allegations.

A Russian court, sitting in Moscow, later ruled that there was no truth to that story, and, declaring that two prominent media outlets in Spain, El Mundo and El Pais, had committed libel, ordered them to remove the stories. It is not known at this time if the arrest was made pursuant to an extradition request from the Government of Spain.

Questions about $35m in siphoned off oil revenue, allegedly diverted by Obiang and his family, brought down an icon of Washington DC banking, Riggs Bank, in 2005.