IF TSA WON'T ACCEPT CERTAIN DRIVERS' LICENSES FOR ID IN 2016, DO NOT TAKE THEM NOW FOR COMPLIANCE 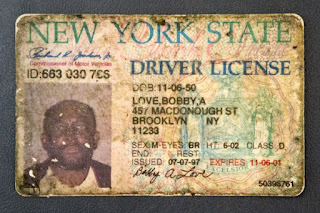 In 2016, unless certain states upgrade the security in their driver's licenses, those means of personal identification will be insufficient for commercial airline travel, entry into US Government buildings, and other restricted government areas. I suggest that, in your Customer Identification Programs, you immediately downgrade these items to supplemental ID only; do not accept them as primary means of identification.

The states and territories that are ten years behind the rest of the pack, with these 9/11 security requirements, known as the Real ID Act, are:

Drivers' licenses from these states still fail to meet government-mandated security standards two ways:
(A) There are insufficient security features built into the cards to meet Federal standards promulgated several years ago.
(B) The state has insufficient verification of identity, or immigration status, in its licensing process.

Listen, I get it; some of the states have privacy issues, regarding the ability of the Federal Government to have ready access to this information, but since counterfeit licenses are an easy method for financial criminals, and terrorists, to gain access to a US bank account, I agree that the points made by the Department of Homeland Security are valid. These outdated licenses are just too easy to counterfeit.

If the US Government says that the licenses from the above jurisdictions fail to meet its standards, then I suggest that you hereafter require any new bank customers, with identification from those states, to produce an additional, primary means of photo identification, such as US Passport, or Passport Card.
Posted by Kenneth Rijock at Tuesday, September 29, 2015