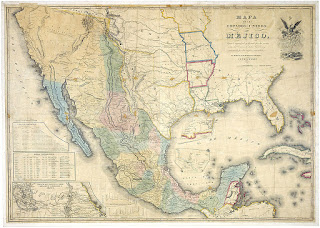 The Government of Mexico has filed an Amicus Curae brief in the pending Federal civil suit* that seeks to compel the State of Texas to accept the Mexican Consular ID, known as the Matrícula Consular, as an acceptable form of identification for the parents of infants born in Texas, to illegal immigrants who have no form of official US identification. The brief, filed by as local attorney on behalf of the United Mexican States, Mexico's proper legal name, disputes Texas concerns about the reliability of the Matricula as a valid form of identification. US Birth certificates are not now being issued to newborns, based solely upon Mexican Matriculas, or Mexican passports; reports that illegals from Honduras and Guatemala are having thew same problem.

We have previously advised compliance officers to reject these Consular Identity Cards, because they were found to be used by criminals engaged in narcotics trafficking, that a false identity could be easily obtained, due to corruption in Mexican government offices, and that there was no central database to allow one to verify their authenticity. Last year, through, there were major security upgrades to the Matricula, to counter these concerns, though the ability to obtain one through corrupt sources appears to still be an option. Mexico's rampant corruption means that en enterprising money launderer, or bulk cash smuggler, will be able to obtain multiple Matriculas, that will be legitimately and properly issued.

(1) if the US-born child does not receive a birth certificate, he or she may not be able to subsequently sufficiently prove identity, in order to obtain Mexican citizenship at a later date.

(2) This impasse could seriously affect the Mexican-Texas relationship.

(3) Newborns who are born in the United States have a right to an identity document, notwithstanding that Texas does not choose to accept Mexican identification of their parents.

From a compliance standpoint, in a risk-based program, and given the billions of dollars in drug profits that are repatriated through remittances, money orders, and wire transfers, your decision regarding choosing whether to accept even the most current form of Matricula, as primary identification, should be made only after due consideration of the risks involved, history of illicit transactions at your bank, nature of your client base, and whether the return justifies the potential risk. I personally do not like them, but that is a decision for you to make.
_____________________________________________________________
*Maria Isabel Perles Serna v. Texas Department of State Health Services, Case No.: 15-cv-00446-RP (WD TX).