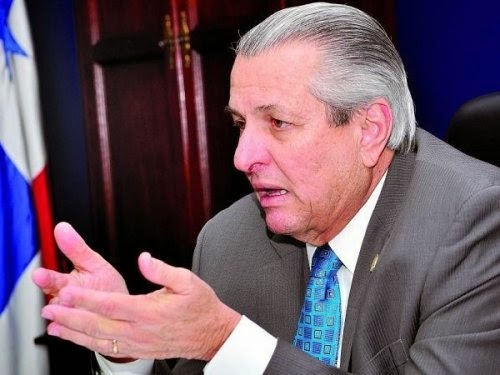 Ricardo Quijano Jiménez, who was the Minister for Commerce and Industry in the Cabinet of discredited former Panamanian President Ricardo Martinelli Berrocal, has been identified as the individual behind the massive insider trading scandal at Financial Pacific, where senior Panamanian PEPs realized huge profits through the use of inside information in securities transactions. Minister Quijano, who has not been seen in public since Martinelli left office earlier this year, is believed to have gone into hiding. He has not been seen outside the Republic of Panama.

Reliable sources state that Quijano, using a number of law firms in Panama City, formed shell corporations of Martinelli and his ministers, which they used to quietly purchase huge amounts of stock in Petaquilla Mines Ltd. The funds used for these covert transactions were among the millions of dollars,  in cash, which were invested by the Colombian master Ponzi schemer, David Eduardo Helmut Murcia Guzmán, and converted by the ministers and Martinelli, to their own use.

It is not known how all this cash came to be deposited in several of Panama's prominent banks, especially Banco Universal, considering that Murcia had at least three billion dollars, that he bulk cash smuggled into Panama City, via speedboats, but this illicit capital funded their Petaquilla stock purchases. The conspirators later, trading on very favorable information that they had improperly obtained advance knowledge of, were able to dispose of their holdings at record profits.

Will the guilty PEPs from the corrupt Martinelli administration be forced to disgorge their illicit profits ? Which former ministers will be the subject of criminal charges ? Stay tuned for updates.