A WORD TO AMERICAN BANKS ABOUT CUBA 2015

The announcement, by the President of the United States, that America will now start to normalize its relations with the Republic of Cuba, has certainly drawn the attention of the American financial community, which has looked enviously at the potential of a new, untapped market. OFAC immediately released a FAQ in which it reminded us that, until new regulations are promulgated, and become law, sanctions are still in effect.

There is another issue with Cuba that bankers should be aware of, before incurring any financial exposure: the country has been, and remains, a black hole for money laundering activity, especially bulk cash smuggling. Because of US sanctions, the Cuban financial structure exists* completely outside the American (New York) banking hub. Narcotics traffickers, Medicare fraudsters felling Florida, and a small number of Cuban-Americans engaged in illegal pursuits, holding profits that they wish to bank offshore, all move funds into Cuba, so that they can thereafter be sent to Switzerland, or the world's tax havens. Consider that when assessing the relevant risk factors involved in placing funds or assets inside Cuba. You money may take an international trip that you did not expect.

Add this to the high levels of corruption that presently exist, the complete lack of rule of law, and tendency of the Cuban Government to arrest foreigners first, and ask questions later, and you have a volatile mix, which stacks the odds against you and your clients, should you or they, choose to incur financial exposure there. Therefore, tread carefully, please. Remember what happened to some of those American businessmen who flocked to post-Soviet Russia in the early 1990s. 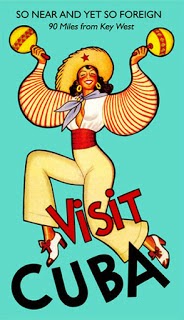