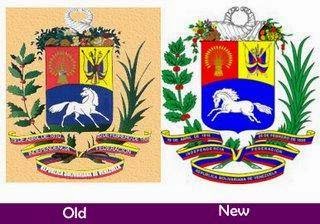 Financial professionals familiar with the current status of the Venezuelan economy have asserted that the country's hard currency reserves are insufficient to redeem short-term debt, which will be maturing in 2015 and 2016, and fear that a default will occur. Already, the market value of Venezuelan sovereign debt instruments, due to mature in 2027, have markedly declined, and the unofficial rate for the Bolivar has reached as high as 180 to one US Dollar.

If I was a corrupt Venezuelan PEP, either within, or close to, the current government, I would now be seriously considering moving the balance of my illicit wealth to a safe place. Known PEPs would be immediately suspect at a US or EU financial institution, and it is reasonable to expect that they will choose a close family member, or business associate, to quietly place the dirty money, in advance of the expected Venezuelan economic collapse. Such individuals will not appear on any commercial database of high-risk persons, and must be otherwise identified through the skill-set of the compliance department.

Therefore, Compliance officers should advise their staff to conduct enhanced due diligence investigations on any, and all, Venezuelan nationals, who seek to open an account relationship, and state that they wish to deposit large sums. Since many Venezuelans have successfully obtained economic passports, or made other arrangements to obtain travel documents from other countries, you would be well advised to have a member of your Spanish-speaking staff who is familiar with Venezuelan slang and accents, to at least be present during account opening, lest you be deceived by  the personal identification presented to you which ostensibly identifies your new client.


The birthplace may also give you a hint about nationality. That's why St Kitts, under pressure, is recalling their economic passports which intentionally omitted that critical detail. Please be alert, lest you unwittingly accept Venezuelan "flight capital" of dubious provenance, and later suffer the consequences.