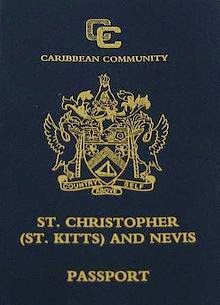 The incident at the Canadian border, where an Iranian national, in possession of a diplomatic passport from the Federation of St. Christopher & Nevis, more commonly known as St. Kitts, sought to enter the country, claiming to have an appointment with the Prime Minister, has drawn two responses. The Government of Canada has revoked the Commonwealth visa-free rights of St. Kitts nationals, forcing an immediate Kittitian remedy, and the United States issued a FinCEN Advisory, warning about the passports. A large number of Russian and Iranian nationals are known to hold these identity documents.

For those not privy to the darker side of St. Kitts' Citizenship-by-Investment, or economic passport, program, passports issued in that program, to foreign nationals who make substantial real estate investments, as well as pay hefty government fees, the place of birth of the holder does NOT appear within; nor do any name change details. I do not have to tell you of the potential for abuse that these "features" create, especially for convicted felons, and financial criminals. Place of birth in a country outside that where the passport is issued is a key item compliance officers use to determine whether the holder of any passport may have changed his nationality, which is a red flag for criminal activity.

In response to the Canadian Government action, St. Kitts swiftly decreed that

"all persons holding St. Kitts-Nevis e-passports, issued between January 2010 and July
2014 will have those passports replaced, at no cost to the passport holder, by the
Government of St. Kitts and Nevis."

New e-passports passports shall be issued throughout 2014, but after January 31, 2015, any passport not replaced shall be deemed invalid. Do you have any bank clients who have presented you with a St. Kitts e-passport as identification, issued since 2010 ? If so, you would be well advised to initiate enhanced due diligence upon the client forthwith, as he may be using an alias, or you may be barred by OFAC regulations from conducting any business with him. Canada earlier notified its banks, in a document circulated nationwide, to beware of St. Kitts passports and passport holders.