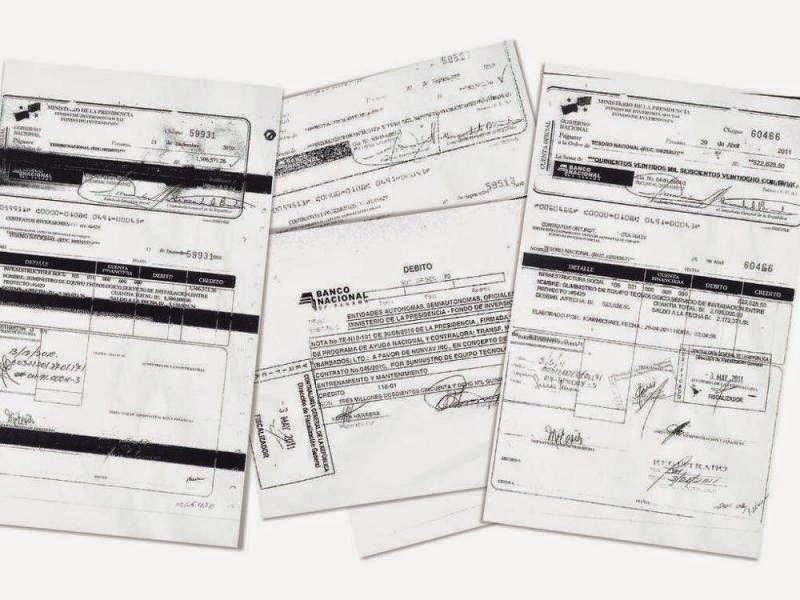 The unfolding scandal involving the unauthorized purchase of millions of dollars of telephone and Internet eavesdropping equipment, on the orders of Panama's then-President, Ricardo Martinelli, has exposed the circuitous route taken by the purchase money. We have previously* detailed the facts surrounding the acquisition of surveillance equipment, conducted without the mandatory approval of Panama's legislative body, the Asamblea Nacional (National Assembly), to allow the Martinelli government to spy upon its political opponents, which is a violation of the laws of Panama.

The end user of the surveillance gear was supposed to be the Consejo de Seguridad (Security Council), but it has ended up in the hands of Martinelli's associates, who are conducting an ongoing eavesdropping operation from an undisclosed location outside the Republic of Panama. Suffice it to say that there must be a number of anxious bankers in Panama City these days, who have now realized that sensitive conversations with foreign clients, in Geneva, Beirut, Hong Kong, and elsewhere, have probably been recorded and retained.

For the benefit of those who are interested in the money laundering tradecraft of the transaction, the funds were, as seen in the checks shown above, disbursed from government accounts at the Banco Nacional, which is a private financial institution, notwithstanding its name. the other banks involved in the transactions are reportedly Citibank, and the Bogotá office of Occidental Bank of Barbados. As additional details emerge, regarding the role of these financial institutions, and the individuals involved in the Government of Panama, we shall publish further articles on this blog.