TURKEY SAYS THREE OF ITS BANKS ARE UNCOOPERATIVE IN AML/CFT 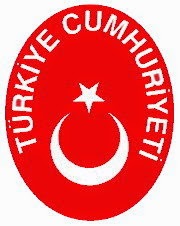 Apparently, these three Turkish banks are not cooperating with the Financial Crime Investigation Board, known as MASAK. Turkey, under major pressure from the Financial Action Task Force (FATF),  passed a counter-terrorism financing law.

The problem, with regard to the global banking community, is that the Minister has failed to publicly identify the three guilty banks, citing "privacy concerns." This failure to disclose the names of the offending banks raises the risk levels for Turkey, as international banks do not know which Turkish banks to regard as high-risk, and may end up assigning all Turkish financial institutions, and transactions with them, a higher level of risk, as a result of the Minister's desire to avoid embarrassing the banks.

Are some of these three banks moving money for Hamas' operational detachment, and headquarters in Turkey ? This is a genuine concern, given the established fact that attempts to commit terrorist attacks, within the West Bank, and in Israel proper, were orchestrated from Hamas leaders living in Turkey.

From the standpoint of Western bankers, Turkey's admission, that three of its own banks are involved in financial crime, and in providing financial support to terrorism, means that Turkish regulators are ineffective in suppressing money laundering and terrorist financing.