A couple of years ago, we reported on the failed efforts, by then-President Ricardo Martinelli of Panama, to convince the American Ambassador in Panama City to give him access to an American-operated computer program that gives users complete access to all telephone calls made in the Republic. Martinelli specifically wanted to eavesdrop upon the telephone conversations of Panamanians who were opposed to his policies. 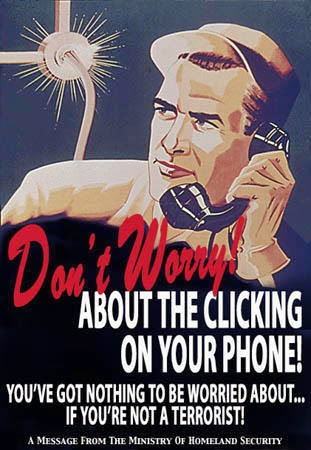 It is our understanding that, after rejecting Martinelli's request out of hand, the ambassador arranged to be transferred to an embassy in Europe, so as to distance herself further from Martinelli's demands. The president's staff thereafter reportedly made major purchases of not only surveillance equipment, but an advanced telephone surveillance program similar to that then used by the US. The illegal operation of this equipment, within Panama, was later verified by two proven sources.

After last summer's election, you may also recall the story which disclosed that a major governmental purchase of sophisticated surveillance equipment was missing, and unaccounted for. it appears that the equipment mysteriously disappeared right after the defeat Martinelli's presidential candidate.  Our sources further stated that the purported purchase price was $60m, though the equipment only cost $13m, raising the presumption that most of the money was either diverted, or was the subject of bribes and kickbacks. Just how much of this money Martinelli and his ministers are believed to have diverted to their own personal use is not known.

Lately, there have been indications that the Martinelli's personal spy program, which was moved out of the country after the election, to a location not known to the sources, is still operational, and continues to illegally monitor telephone traffic in Panama. Foreign nationals of interest to Martinelli, including some of the telephones located in the US Embassy, are also being illegally monitored, by Martinelli's telephone taps.

Should not the IT professionals in the new Varela government be trying to shut down this intrusive, and totally illegal, remotely-operated private spy system at this time ? At the very least, kindly terminate its ability to monitor all telephone conversations of everybody in Panama.