ONLY IN MALTA CAN AN INDICTED MONEY LAUNDERER LAUNCH A NEW CAREER: ANTI-MONEY LAUNDERING EXPERT! 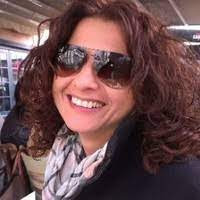 "Need a good compliance officer? I am available."

It could only happen in the topsy-survey world that is the Republic of Malta. LORRAINE FALZON, a former Zenith Finance director, arrested and charged with money laundering, and other crimes, has set herself up an an AML export. She was indicted in there Spring of 2021, but given Malta's corrupt and dysfunctional court system, she may never go to trial, or the government may intentionally make a fatal mistake, and she will ultimately walk free, one or the other most likely.

Don't hold your breath if you are looking for justice. Money launderers, unless they somehow offend the party in power in a major way, have a habit of never seeing the inside of a prison cell.

Ms. Falzon joins a consulting firm specializing in anti-money laundering, for which we are told she is eminently qualified by those who have hired her. Truer words were never spoken. Besides, she needs the money, as her assets were frozen in her money laundering case. Yes, she is an attorney, if you were wondering, but there's no indication that her law license has been suspended or cancelled. Just another day in paradise, where there is no accountability when crimes are committed, and life simply goes on as it always has in Malta.