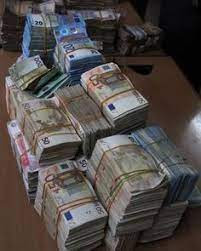 Malta watchers have noted that regular seizures of illegal cash smuggle of Euros leaving the country via the international airport have completely disappeared from crime reports, indicating that bulk cash smugglers have shifted their operations to new strategies and tactics to successfully move their criminal proceeds into the Middle East. For some time, local law enforcement, using currency-sniffing dogs, had been interdicting cash smuggling, sometimes on close to a daily basis, but there is now a total absence of seizures at MLA.

Cocaine and heroin seizures continue to be made, which confirms that the bulk cash smuggling of Euros is mainly a laundering operation by narcotics traffickers; hard drug usage is rising amongst the Maltese in recent years, which some have attributed to the population's dissatisfaction with an increase in crime, coupled with the ruling Labour Party's indifference to rampant corruption, both of which have contributed to massive deficit spending, leaving future generations of Maltese to cope with a growing national debt which could seriously affect the economy.

In any event, bulk cash smugglers appear to have found more effective routes through which illicit profits are moved abroad. Most of the seizures that previously were interdicted were destined for Turkey, but their ultimate destination of unknown, though the relationship between the Maltese Mafia and its Sicilian counterpart in drug trafficking lends support for the theory that much of the smuggled cash was intended for Italy.