WHY GARY LUNDGREN REFUSED TO SHOW FINRA HIS BANK ACCOUNTS 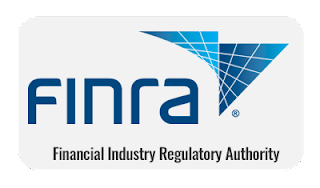 When FINRA ordered Gary James Lundgren to produce his accounts and records, he brazenly disobeyed five FINRA directives to open his books and records; the result was the ultimate loss of all his securities licenses, and a lifetime bar on any participation in the securities industry*. No legitimate trader of securities would ever allow that to occur.

His lawyer, Alcides Peña**, attempted to employ every single procedural roadblock, to delay the proceedings, asserting one bogus defense after another, until FINRA removed him, due to the simple fact that he was not admitted to practice law in any state. The final stunt: after asking for a hearing, Lundgren decided not to attend, probably because he fears a sealed Federal indictment exists, charging him with securities violations, and tax evasion.

Why would any licensed trader, with a lifetime of experience in the field, allow such a result, when he could have easily avoided such a disastrous outcome, by disclosing his finances. ? Read on.

If Gary Lundgren had turned over his bank account information, FINRA investigators would have seen these glaring violations:

(1) Lundgren took investment funds from US citizens, paid through his brokerage firm in the State of Washington, to his accounts in Panama, where he did not hold any securities licenses, and purchased local real estate, as well as unregistered securities, and took some of the investors' money into his personal accounts, so that he could make investments in his own name.

(2) Lundgren has a long and sordid history of accepting bulk cash from criminal clients located in Colombia, who sell narcotics, and engage in other illegal cash-producing businesses. He laundered the money, by using it to purchase real estate in Panama, from Panamanian builders who accepted the money, no questions asked. His connections with traffickers in Medellín are well known.

(3) Lundgren had a long history of accepting money for convicted Pyramind/Ponzi schemer, David Murcia Guzmán, and when Murcia was extradited, never to return, Lundgren reportedly retained millions of dollars, which he converted to his own use. Any close examination of his bank accounts would surely find deposits for which Source of Funds could never be established.

(4) Lundgren knew securities salesmen all over the United States, who steered investor funds to him, as he was paying high commissions to those who did. Lundgren promised double-digit returns, monthly, and his well-known high yield investment program, which was bogus, also constituted a security under US laws, meaning that SEC registration was required; it was never performed.

Therefore, had he followed the law, and timely delivered to FINRA the necessary records, he might have gone to prison in 2015, when the documents produced incriminated him. True, his dilatory tactics may have bought him some extra time, perhaps before any criminal charges were filed in the US, but his situation has now deteriorated further.

Two Panamanian law enforcement and regulatory agencies have now opened an investigation into Gary Lundgren's acts; one of them is a task force on organized crime. One US law enforcement agency is known to be conducting a new investigation, after Lundgren made repeated death threats to journalists reporting on his FINRA disbarment. He continues to illegally participate in the trading of US securities, using third parties, in a direct challenge to American regulators.