PANAMA'S FRAUDSTER, GARY LUNDGREN, DOES A FACE OFF, PREPARES TO FLEE TO MEDELLIN 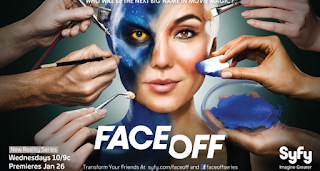 Businessmen in Panama City have reported that they walked right past Gary James Lindgren, perhaps the most prolific fraudster in the Republic, without recognizing him. That's because Lundgren has drastically altered his appearance, through a major facelift, as well as liposuction. Apparently the pressure from his investors, who are no longer receiving fifteen per cent per month on their money, has become more than he can bear, and he is rumored to be relocating to Medellín, Colombia, where his common law wife's family lives; Griselda Perez is directly related to one Colombia's major narcotics cartels.

Some Panamanians have opined that Lundgren is really fleeing the $75m civil suit against him, filed by the American businessman, and Presidential candidate, Donald Trump. Others believe that his lifetime ban on securities transactions, imposed by FINRA, is the reason for his imminent departure. In any event, the chances of an eventual criminal indictment, in the United States, are strong, and he must be aware of that possibility, which adds to his stress.

His son James Lundgren appears to have been groomed to succeed his father, in operating his unlicensed Panama City brokerage, which continues to sell unregistered securities, as well as bonds, to American investors, who amazingly fail to conduct any due diligence into his dodgy background, before sending money to him. Investors who encounter any of Lundgren's Panama sales staff in the future, are urged to avoid any contact, lest they be added to a long list of North Americans who have fallen victim to his fraudulent investment schemes. Take a good look at this photograph, and govern yourself accordingly, regarding anyone from a Panama company whose name includes the word "Global."