President Juan Carlos Varela, seeking to contain the massive reputation damage that his country is sustaining, by reason of the Panama Papers disclosures, about tax evasion and illicit money hidden by corrupt politicians, through the Mossack and Fonseca law firm, has stated that bearer shares will be shortly abolished. Why should we believe him ?

Much of Panama's attraction, as an offshore financial center and tax haven, is centered around the absolute anonymity that bearer shares deliver, and should such a vehicle no longer be available in Panama, you would see capital flight out of the country, and a serious drop in new business, which would insure a major depression in the local economy. Given only lawyers and law firms can form corporations in Panama, you can count on the legal sector to see that National Assembly never passes sufficient legislation, that would end the laws authorizing the issuance of bearer shares.

Panama's banks, many of whom practice willful blindness, regarding both Source of Funds, and Beneficial Ownership of corporations, would also block any reform of the corporate code, so don't hold your breath, waiting for the imminent enactment of legislation, in Panama, that would, in essence, kill the country's illicit offshore industry. bearer shares, and dirty money, are both here to stay in the Republic of Panama. 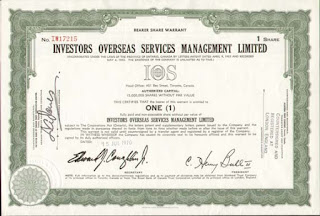