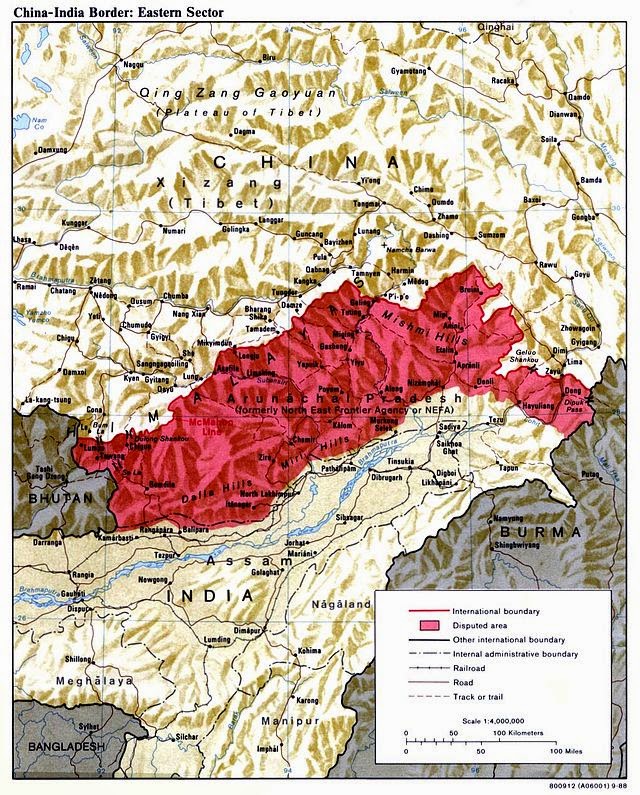 The recent official visit, by Indian Prime Minister Modi, to Arunachal Pradesh, the former North East Frontier Agency, has resulted in strong diplomatic protests by China. In 1914, a treaty with what was then a nominally independent Tibet resulted in the establishment of the McMahon Line as the recognized border with India.

The region, which China, claims, calling it South Tibet, has been in dispute since China invaded and occupied Tibet in 1951. India's announced intent, to expand the road & rail transportation networks in the province, has drawn Chinese anger. There has been no progress on repeated negotiations, seeking to settle the border dispute, as China regards the border as never having been drawn or demarcated.

Compliance officers whose clients have extensive trade with India should keep an eye on future developments, given the history of armed conflict between India & China, for the purpose of assessing any changes in Country Risk.
Posted by Kenneth Rijock at Sunday, February 22, 2015